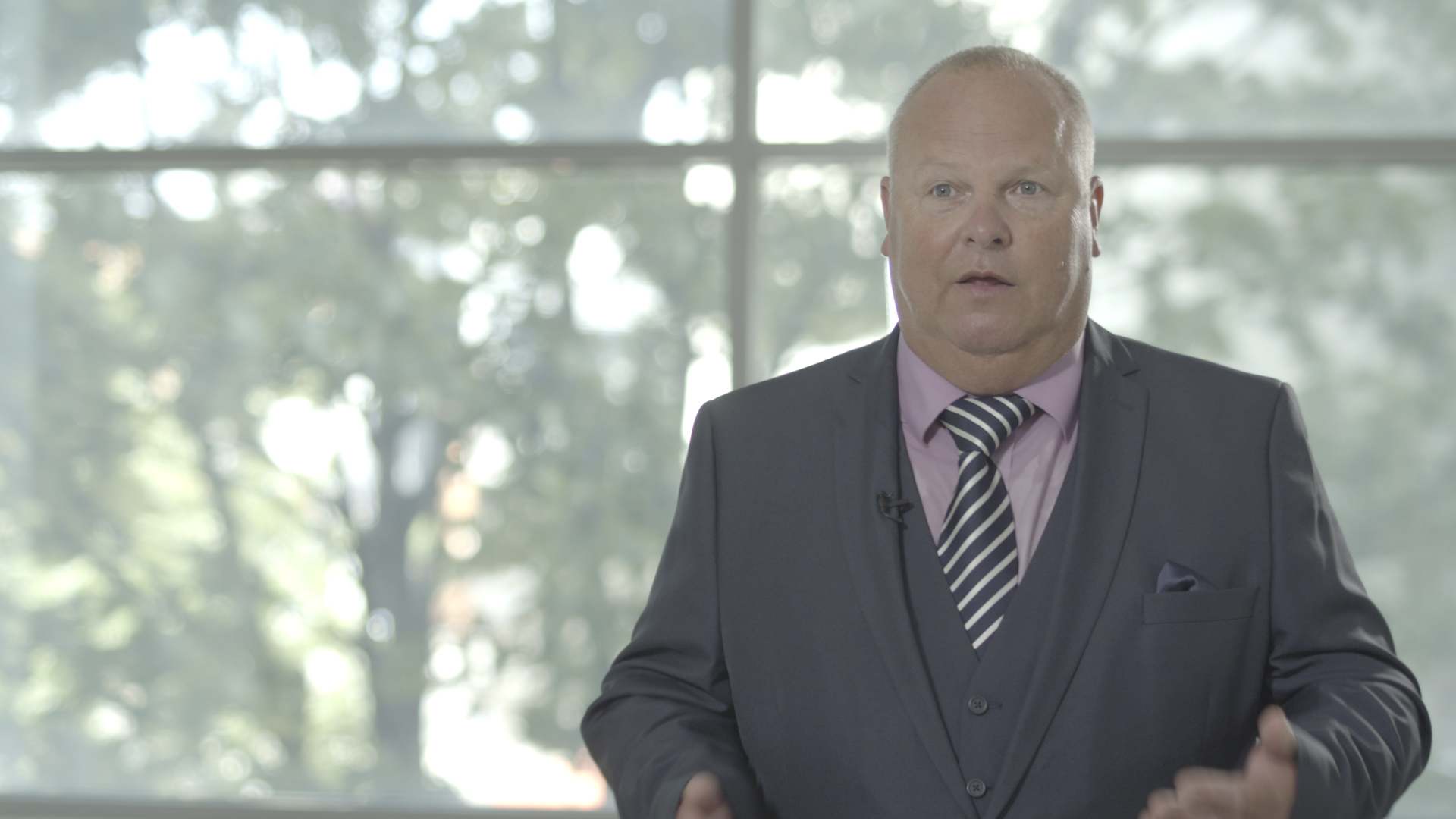 In aluminium production around 50% of the energy consumed is lost as thermal waste. At the International Conference on Advances in Energy Systems and Environmental Engineering in Wroclaw, ESCI met Andrew Gibbs, the Research and Development Manager of the industry supply company ALTEK in Great Britain. In the following interview he reveals how heat pipes could transform the aluminium industry to a more sustainable venture.

In 2019, about 63,5 million tons of primary aluminium were produced around the world. Due to its unique combination of properties the precious light metal is one of the most in-demand industrial metals. Mr. Gibbs, you are the technical director of ALTEK, how is your company involved in the aluminium industry?

Gibbs: We are a company that supplies recycling equipment into the aluminium industry. And we’ve just taken on a new section which involves processes. At the moment we have two EU-funded process projects on the go. The first one was for the recycling of aluminium salt slugs; and the second one is the SmartRec project, which is about the reclamation of flue-gas heat, and storage and usage.

The development of new technologies opens a variety of options to store and re-use thermal energy. What kind of technologies are introduced in those projects?

Gibbs: In the SmartRec project, we’re using new technologies in our industry to gather heat energy. We’re using heat-pipe heat exchangers and, after the gathering of the energy, we’re storing it in a dual media thermocline. A dual-media thermocline is where we use two media: a liquid and a solid. The liquid medium carries the heat from the heat pipe heat exchanger and is stored in the solid medium, which is inside a large tank. That allows us to get a constant output from a heat source which is cyclic – it’s up and down all the time, so it gives us a smooth output for the end user.

Are there already facilities which have implemented waste heat recovery and at what stage of the production?

Efficient smelters currently need about 13MWh of electricity to produce one ton of aluminium and about half of that energy is lost to the atmosphere as waste heat. Can you tell us something about the potential waste heat recovery it has for aluminium production?

Gibbs: There is a huge potential for the usage of energy reclaimed from the aluminium process. What we do now is to increase the efficiency of burners with pre-heated air from reclaimed heat energy. That increases the efficiency by about 15 to 20 per cent, which is very good in comparison. So, people are happy to go with the burner technology.

Did you already implement waste heat recovery at your company?

Gibbs: No, it’s not at my company. The technology is being implemented at the facilities of one of our customers. We have a large customer base throughout the world, about 250 to 300 sites, which include all the large aluminium players in the industry, like Norsk Hydro, Alcan, Alcoa, et cetera. So, we have chosen a small recycler for this project because it’s a more cyclic heat source – which is what the project is all about.

In regard to the changing values of the society many everyday products are being challenged to become more environmental friendly, energy saving and sustainable. Do you think this new technologies might also convince other big players of the industry?

Gibbs: What I do know, in our industry, is that there is a great hunger for technologies to reclaim heat and reuse it. Historically, they’ve come from a fossil-fuel burning technology and they’ve just let the heat dissipate naturally into the atmosphere, and it’s all been lost. So, with aluminium being a commodity, it´s a big issue for the aluminium producers to reduce the price of that good. To achieve that, any money saved in the production process of aluminium means a better commodity price.

So, additionally to saving energy, waste heat recovery could lead to a better commodity price and reduce CO2 emissions as the waste heat is not any more lost to the atmosphere but re-used, thereby reducing the energy input. What are the advantages of the heat-pipe technology in comparison to other technologies? Are there even competitive technologies around?

Gibbs: The reason heat-pipe technology works better in our industry is because our industry is fearful of the use of liquids, such as water and oil. And, although heat-pipe technology does use a working fluid, which can be water; each individual pipe only holds around 100 milliliters of water in it. So, any catastrophic damage will only release small amounts of water. If you have a full-flow water heat exchanger and the water escapes through catastrophic failure, there could be a dangerous situation, because once liquid aluminium and water mix, it becomes explosive. That’s why heat pipes are a better choice in our industry.

Next to increasing the efficiency of burners with pre-heated air are there other methods to use waste heat recovery in the aluminium industry?

Gibbs: Yes, there are. There are already recuperative-regenerative burner systems available. What they do is: they take the heat, and store it, then they clean it in a bed of ceramic filtration. The problem with this is, because flue gas is very dirty, these filters have to be taken out, replaced and cleaned on a regular basis. So, during that time there´s a complete disconnect to the usage of the heat. With the technology we use at the SmartRec project we don’t have that problem, as all the dirty aspects of the flue gas stay on the flue gas section.

Thinking globally, there is quite a big crisis in the steel industry at the moment. Aluminium demand is currently mainly increasing in the automotive and building & construction industry. Could a crisis also hit the aluminium industry?

Gibbs: I think it can happen in all commodity industries. What tends to happen globally is that there is a shift in production. It usually travels around the world. Some regions have it earlier, like Europe, for example, and North America. Then the emerging countries take over and it becomes cheaper to produce; and it’s more readily available from those countries transportation wise. So, they take over the mantle from the previous and, then, their economy builds up based on that increase in production. Afterwards it comes around again back to Europe, back to North America. So, I think that this is happening with steel, and I think it could happen to a lesser extent with aluminium. But I think Europe is quite a formidable force in aluminium production.

Top five aluminium producing countries are China, Russia, India, Canada and the United Arab Emirates. What do you think needs to be done to keep the aluminium industry in Europe competitive?

Gibbs: My personal opinion is that the newer technologies in aluminium are being driven by Europe. The lighter alloys for aerospace, for example, and the more flexible alloys of aluminium are all being produced in technical centers here in Europe. I think that major production will always be cheaper in countries that have their own bauxite mineral deposits, so they have no transport charges for this. Generally, they also have a cheaper economy in terms of workforce. So, I think the mass production of aluminium is evening out, so those countries get that. But the technology-based sector of aluminium will be based in Europe, and probably North America, with aerospace technologies and with car manufacturing.

ETEKINA is another European research project developing heat exchanger technology to increase the overall efficiency of energy intensive industries. Do you think the research effort of all those research projects will help the European aluminium industry to stay competitive?

Gibbs: I certainly believe that heat-pipe technology is in its infancy – particularly in regard to aluminium. Our company is part of a group, our parent company is Harsco Corporation, which is an American company, but they specialize in the recycling of steel waste. So, from our own point of view, we’ve got a lot of opportunities in aluminium for heat pipes, and also in steel, because in steel, too, heat pipe technology is in its infancy. I think that all the factors that I’ve mentioned about it being in the right fit for those industries. I think there’s a huge potential, huge potential! 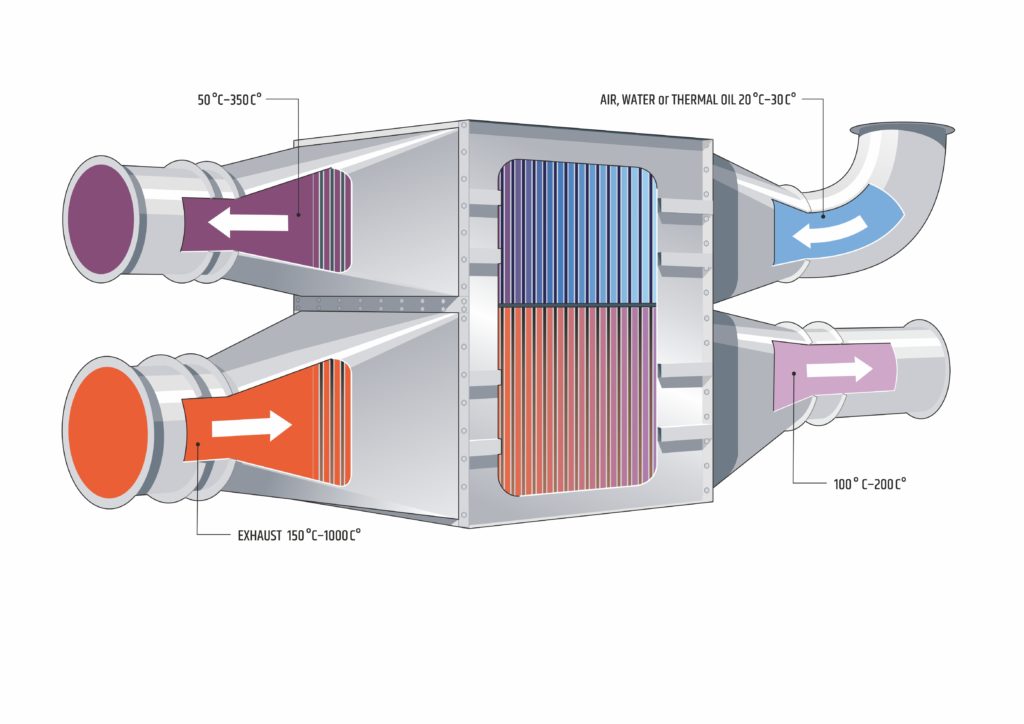