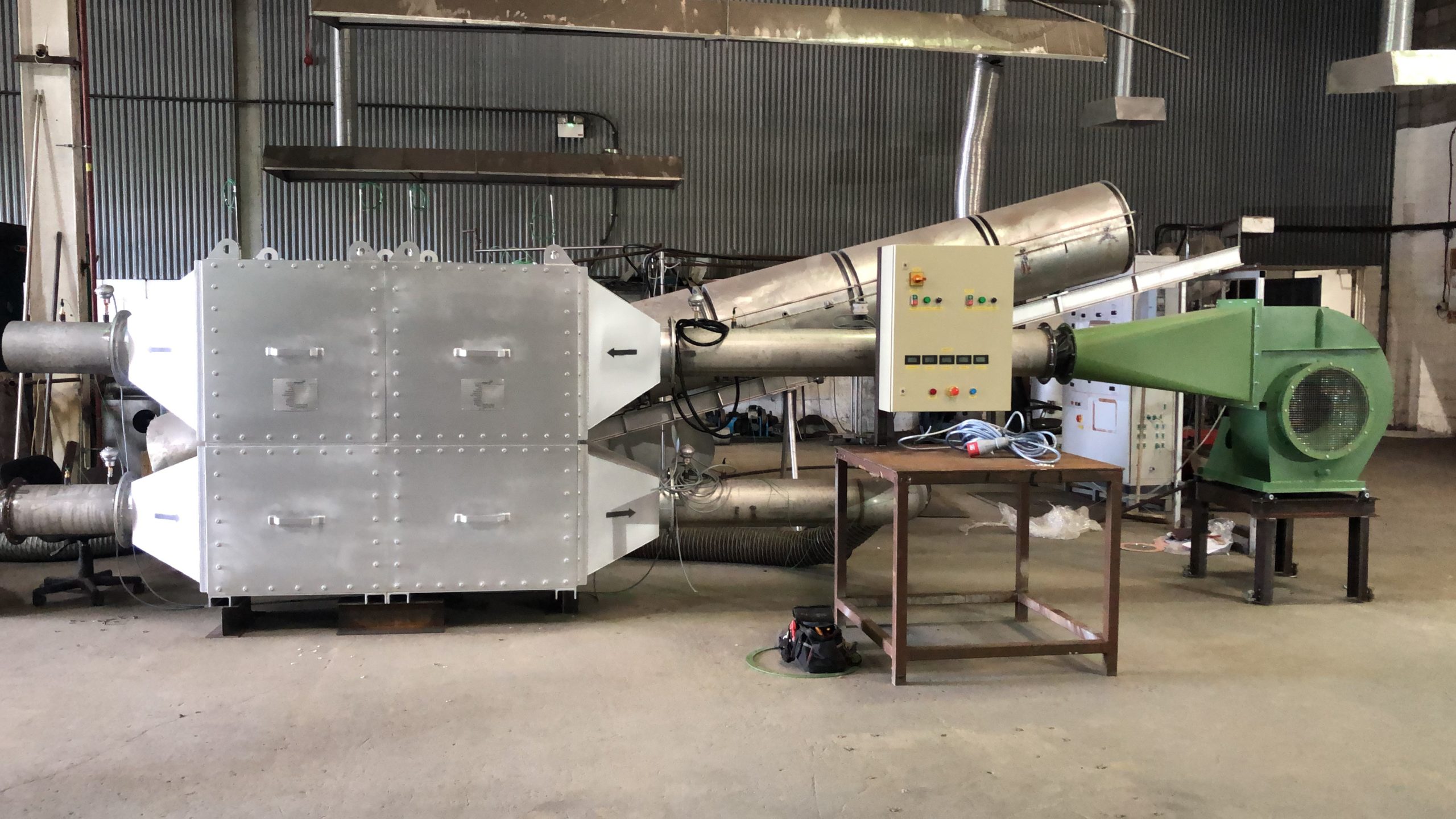 How the heat pipe heat exchangers designed by ETEKINA partners are shaping the waste heat recovery systems of the future.

In early February this year, the cost of carbon reached record highs with figures for a ton of carbon dioxide emissions nudging €95. Since this time, the pollution penalty set by the European Union’s Emissions Trading Systems has decreased but carbon costs remain tens of Euros higher than previous trading prices at a time when natural gas prices are also eye-wateringly high.

“Energy projects that were struggling to get signed off in the past are now flying through and we’re also seeing a greater focus on environmental governance in many businesses,” he adds. “We’ve seen many global companies implement waste heat recovery in existing facilities whilst also mandating it in new facilities – this is a great time for projects such as ETEKINA.”

Both Jouhara and Boocock are thrilled with project results. ETEKINA’s initial target was to recover 40 percent of the waste heat in the exhaust streams at each facility – four years on, all sites exceeded this goal. “With all three heat pipe systems, we’ve installed more than one megawatt of power,” highlights Jouhara. “Following our success, we’re now fully handing over to Econotherm, which will be able to replicate these systems all over the world.”

Getting it right with lab-scale units

A critical part of the ETEKINA project was to develop three lab-scale, heat pipe heat exchanger (HPHE) units at Brunel, to validate HPHE models and also to serve as test-beds for the full-scale units that would be installed at the three sites in Spain, Slovenia and Italy. According to Jouhara, he and colleagues devised general thermal models for the heat exchangers while also carrying out additional modelling to optimise the units’ complex designs. These models were tested on the lab-scale units.

For example, computational fluid dynamics was used to model exhaust gas flow at the Atlas Concorde ceramic production plant in Italy, and ensure any heavy particles remained suspended in the gas as it flowed through the system. “If gas flow was to stagnate inside the heat exchanger, these heavy particles could be deposited, accumulate and eventually block the system,” explains Jouhara. “So we developed some innovative designs [to avoid particle deposition] and tested these in the lab-scale system.”

During their early modelling and tests, the engineers also realised that even if these particles remained suspended during gas flow, they would still attach to the pipe walls when exhaust temperatures dropped below a certain level. Given this, they added easy access inspection doors to the final system so particles could be removed during regular maintenance.

“We were able to validate this design [with the doors] in-situ at Atlas Concorde, which was amazing,” says Jouhara. “The lab-scale units ensured any early hiccups were picked up.”

Both Jouhara and Boocock also highlight how the the lab-scale units are highly scalable and will be instrumental to the future development of more heat recovery installations around the world. What’s more, they can be used to help ensure the final system will not impact on a facility’s existing manufacturing processes.

“Implementing a conventional, or non-heat pipe, waste heat recovery system can bring many benefits, but there is always the risk that it may interfere with manufacturing – any gains will be quickly lost if a heat exchanger failure interrupts production,” says Boocock. “But if you look at our three installations – these are invisible to production processes but have had a huge impact on energy consumption and efficiency.”

Looking forward, the lab-scale units will be critical to future HPHE system design. As Jouhara points out: “[These units] can provide us with really important insight into the operation of a system and its controllability.”

And pleasingly, Jouhara and Boocock are already implementing this knowledge, and the many lessons learned during ETEKINA, in other projects. Whilst at the Atlas Concorde ceramic production plant, the engineers noted large quantities of water condensation being created which they realised could be recovered to further reduce energy consumption and increase energy efficiencies. The EU-funded project, Innovative Water recoverY Solutions through recycling of heat, materials and water across multiple sectors – iWAYS – has since launched to develop heat-pipe based technologies for industrial processes, to recover water and heat from exhaust streams.

“I see ETEKINA as being the parent-project of iWAYS, and we’re now pushing our technologies further to recover the latent heat and recycle the water from the exhaust streams at Atlas Concorde and other facilities,” says Jouhara. “So you see, our success story doesn’t stop with the products we developed at ETEKINA – we’re now pushing these to the next level and will bring drastic change to the waste heat recovery systems of the future.”