As COP24 draws to a close on Friday, Dr Eva Gonzalez of Edertek Technology Centre in Spain says that politicians should help the aluminium industry to optimise its energy consumption process, as aluminium is more environmentally-friendly than other materials like plastic or steel.

Using aluminium to manufacture a car, for example, is more eco-friendly than using steel because aluminium is naturally lighter, meaning that the car will need less fuel to propel it forwards and this will reduce carbon dioxide emissions. The metal is also easily recyclable and less harmful to the environment than plastic.

‘Aluminium can be recycled as many times as we wish and it doesn’t lose any characteristics. However, the production of aluminium as a raw material needs quite a lot of energy, and the transformation of a raw material to a component is also an energy-consuming process. It is important to recuperate all the energy that it is possible in order to consume less and thus to reduce emissions,’ she said.

One way of doing that is by using heat pipe technology, a process that is currently being optimised by the Etekina project.

Heat pipe heat exchangers have the potential to significantly lower energy consumption within the aluminium industry, which could result in fewer emissions.

The idea is that the heat produced during the energy-intensive process of producing aluminium will be fed back into the system via the heat pipes. 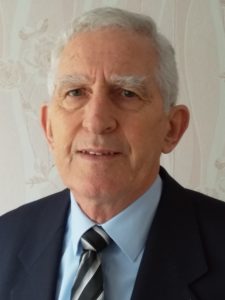 ‘Energy prices are rising,’ said Prof Brian Axcell of the Institute of Energy Futures at Brunel University. ‘There always have been a large number of energy intensive industries that waste a great deal of heat, and heat pipes do get around that problem.’

A sealed heat pipe contains a working fluid, which absorbs heat at the lower end. The liquid then vaporises and carries the thermal energy upwards to the condenser section, where it encounters a lower temperature. As a consequence, the vapour condenses (back to a liquid) and thereby releases heat. The liquid runs down the inner walls back to the evaporator section where the process starts over again.

Though heat pipes are not new, per se, Etekina heat pipe heat exchangers allow the industry to control, for the first time, the way that the heat is directed towards the aluminium, and at what intensity.

‘This heat recovered must be used in a specific way in order to change the microstructure [of the aluminium],’ said Dr Gonzalez. ‘Etekina’s technology allows us to control [that process].’

Further, the ETEKINA project is applying the heat pipes in new and innovative ways to withstand challenging environments, such as those found within an aluminium mill.

‘There are problems with conventional heat exchangers, where cooling water flows through tubes exposed to an aggressive flow,’ said Prof. Axcell. ‘One of the problems is that you can get cold spots in the tubes containing the coolant. Then if you’ve got an acidic gas you could get condensation and corrosion and so on. One of the advantages of ETEKINA’s heat pipes is that they are essentially isothermal and so you cannot get cold spots or even hot spots which can create problems.’

The ETEKINA project is developing heat pipes that operate without a wick, relying solely on gravity to return the condensate to the evaporator section.

The aluminium industry is a very energy-consuming one, and aluminium needs to be treated extensively with heat to ensure that components of the material do not break, only bend. This is why so much heat energy is used up as part of the production of aluminium. There are three stages involved in this thermal treatment, and of these, the first and second parts are the most energy-intensive. Etekina’s heat pipes takes the heat expelled from the first stages and re-uses it during the second and third steps. In this way, the heat pipes reduce the amount of energy required by the overall process.

The ETEKINA project involves an aluminium automation component, and manufacturing this component consumes high amounts of energy. A thermal treatment is required which involves three stages. The first and second phases are the most energy-intensive – Etekina’s heat pipes takes the heat expelled from the first stages and re-uses it during the second phase.  The heat pipes reduce the amount of energy required by the overall process.