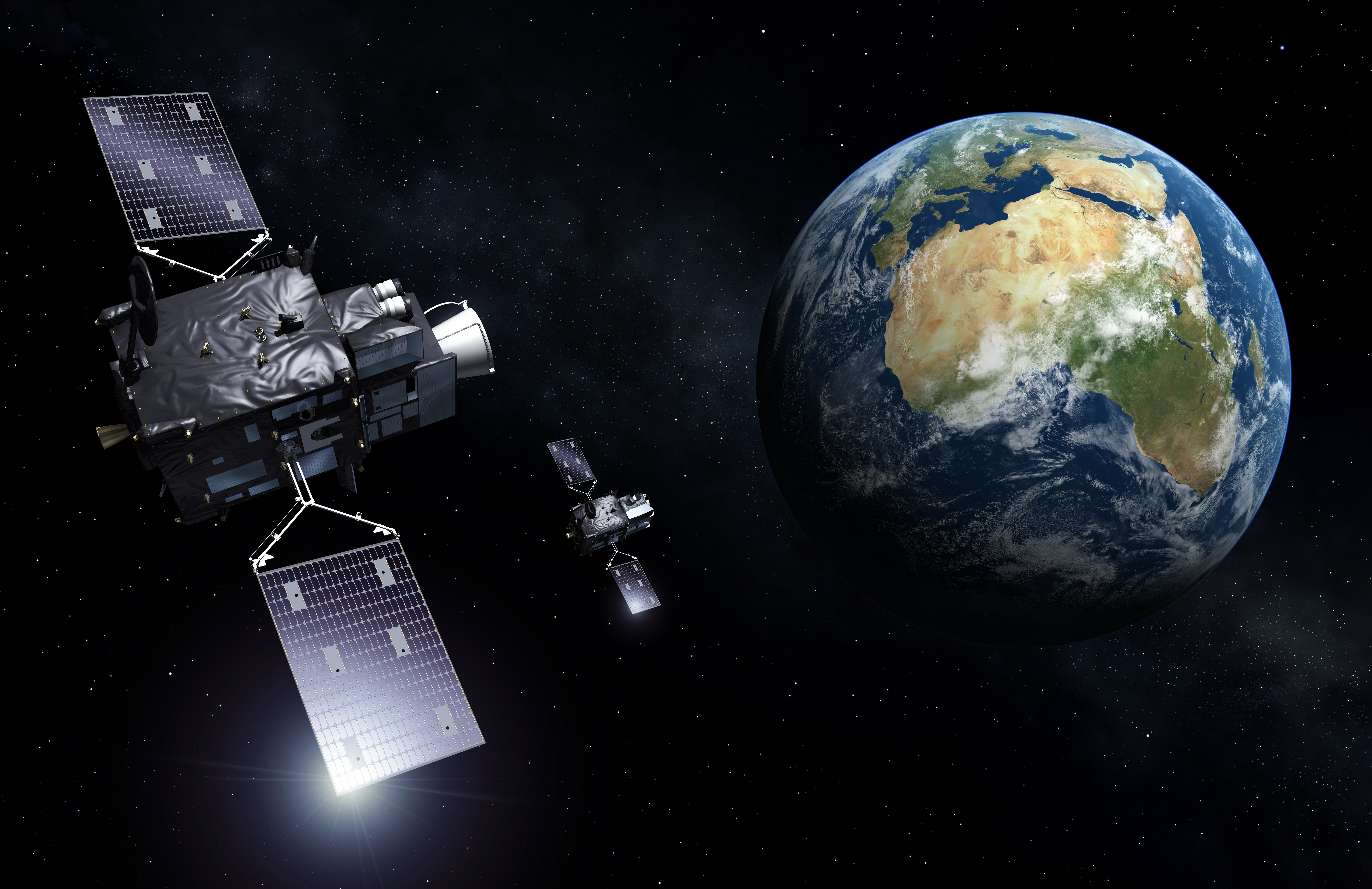 From spacecraft to ceramics to hybrid cars, the heat pipe has many uses that we bet never occurred to you. These simple cooling devices are adaptable enough to work in trains, space, solar panels and even shutdown nuclear reactors – read on to find out more!

Heat control on spacecraft and satellites is extremely important – many tools on a spacecraft need to be kept within a specific temperature range to function correctly. However, in space, it’s not so easy to control temperature, due to weightlessness, limited electrical power, and long lifespans of operational spacecraft. Heat pipes are especially useful in these cases, largely because they don’t require any power and they can transport heat over long distances. However, heat pipes in space and heat pipes on earth are different: in space, heat pipes are wicked heat pipes where the wick structure provides a capillary force to make the working fluid flow inside the heat pipe, whereas earth heat pipes can be gravity assisted. These are called thermosyphons or wicked heat pipes. 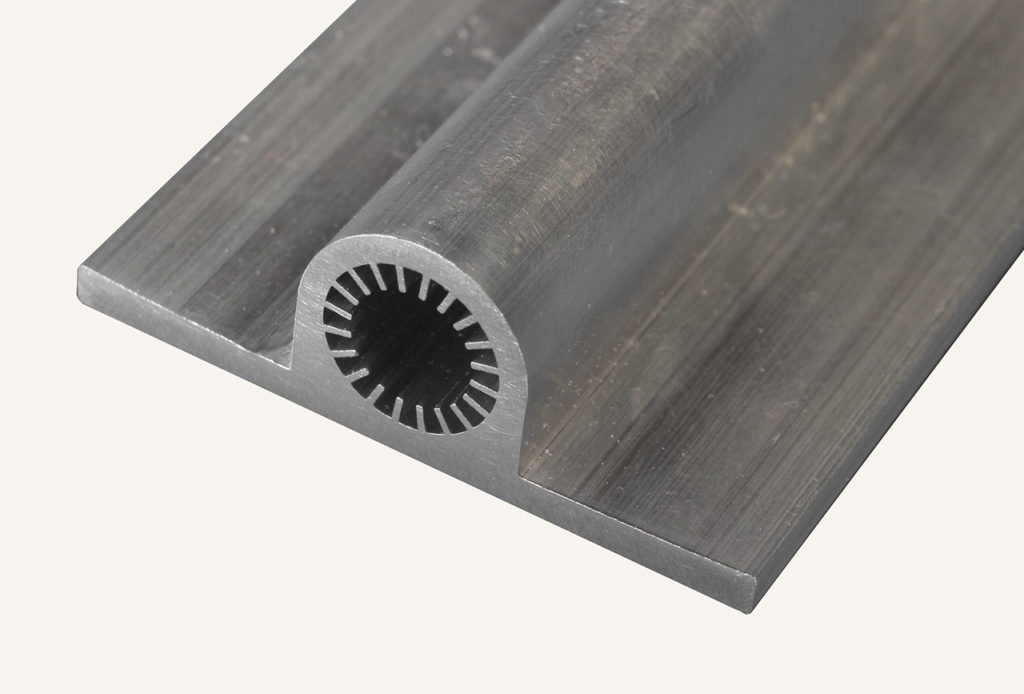 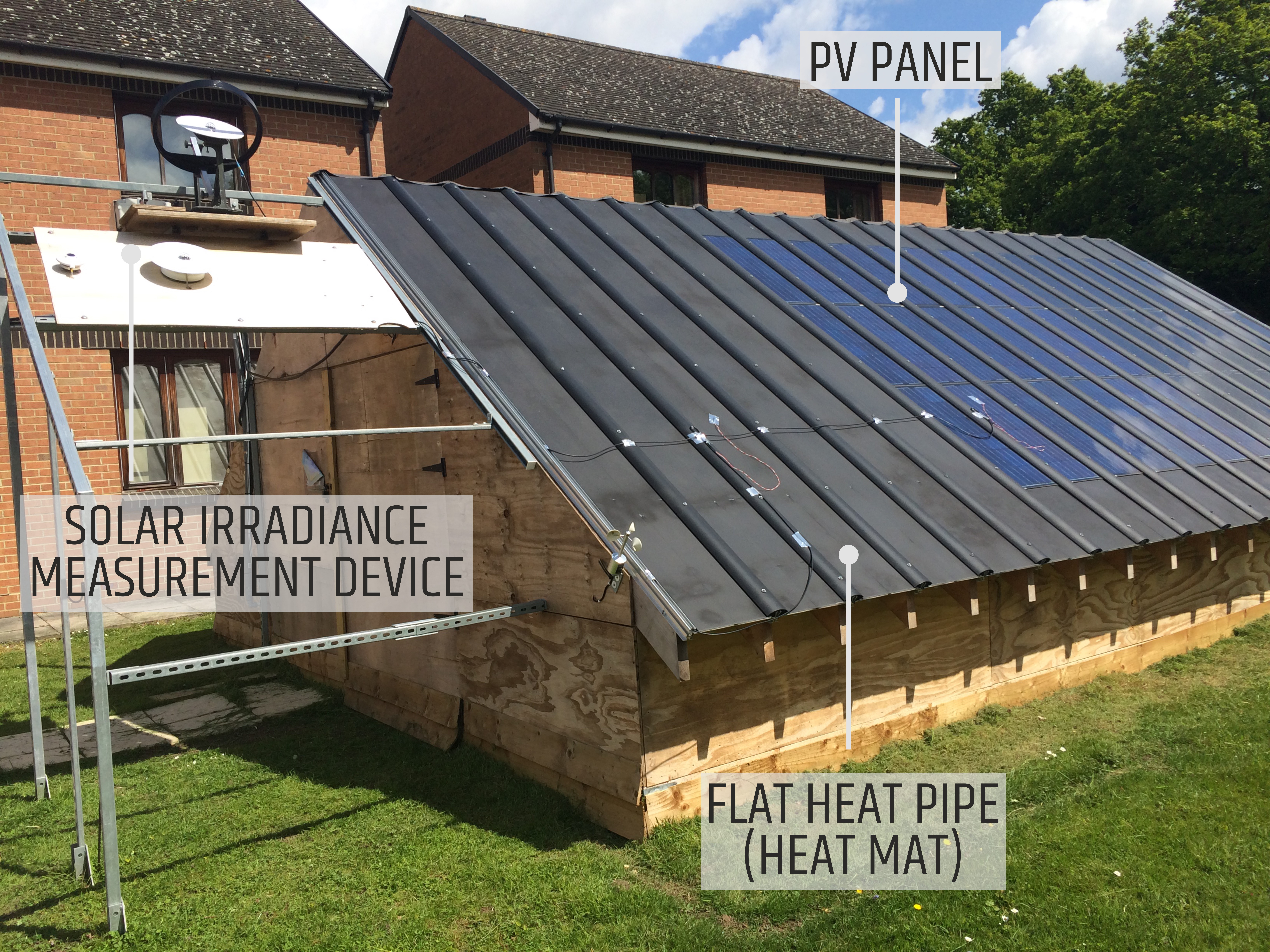 Too much sun is not always a good thing for solar panels. When photovoltaic cells are exposed to too much light, their efficiency actually decreases as the temperature rises. One way to tackle this, as a team from Brunel University demonstrated, is to combine photovoltaic cells with heat pipes to create a solar panel roof. The heat pipes are used to transfer excess heat away from the solar cells, so that their efficiency isn’t compromised. During proof of concept tests, Brunel University’s scientists discovered that the heat pipes helped the solar cells to cool by 15% more than a standard installation. 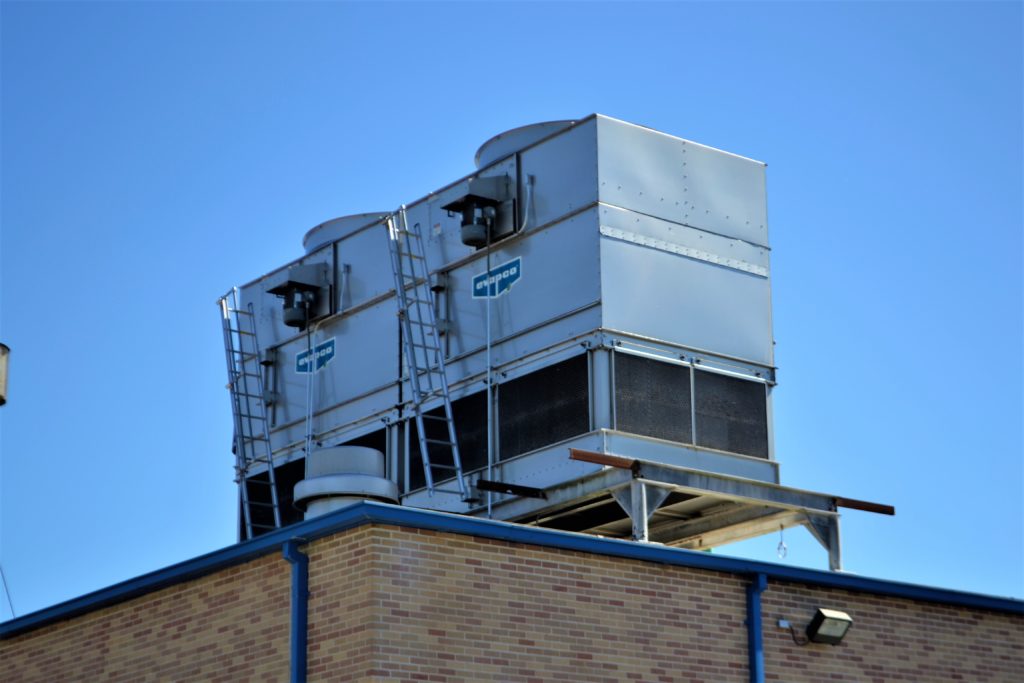 Heat pipe technology is making our air conditioning units more eco-friendly, and could save you money on your electricity bill, too. Most air conditioning units cool and remove water from air using a device called a “cooling coil”. However, if a heat pipe surrounds this coil, it can cool the air instead; allowing the coil to focus solely on dehumidifying the air. In this way, the amount of energy used by the coil is reduced. 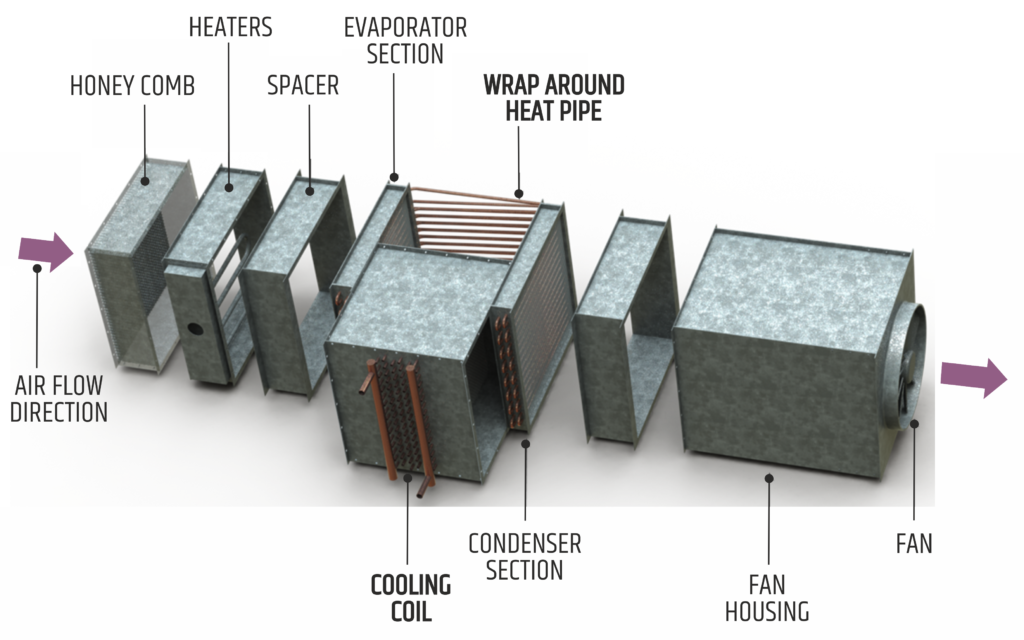 Thermal energy storage systems are commonly applied to harness solar energy or industrial waste heat for later use. The aim: reducing energy consumption and enhancing the energy efficiency of thermal processes. Latent thermal energy storage is an approach which uses Phase Change Materials (PCMs) to store the heat in a relatively small volume of the material at a constant temperature. PCMs have low thermal conductivity which is the main drawback. To overcome this, heat pipes have been applied in this system. They are considered super thermal conductors with a small temperature gradient across their surface. The quick thermal response and functionality of heat pipes enhance the efficiency and reliability of PCMs thermal energy storage systems. 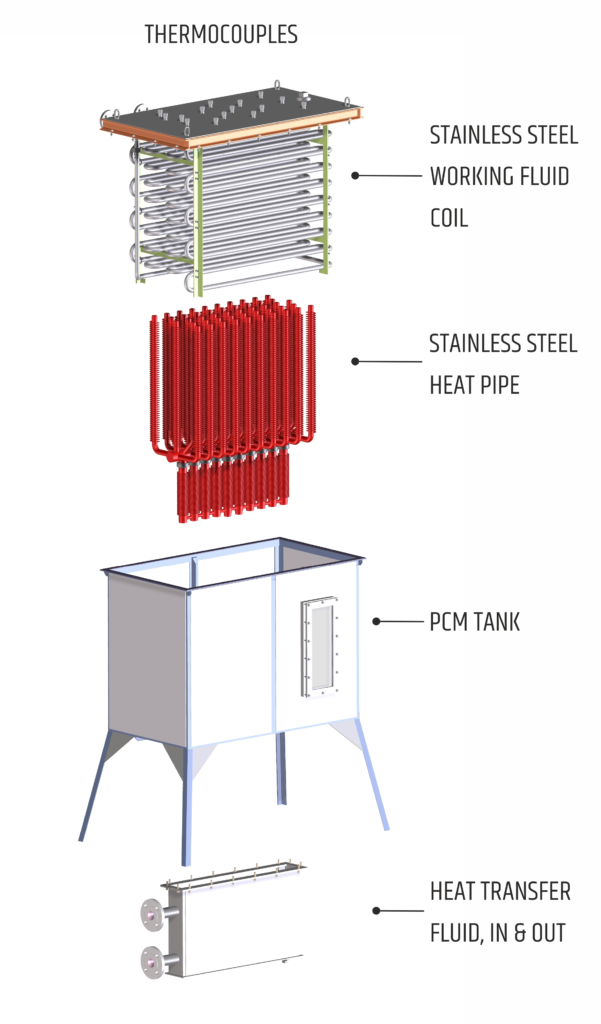 Geothermal energy is a renewable source of energy where heat can be extracted or rejected to a ground source using a ground source heat pump (GSHP). GSHPs comprise a heat pump which supplies thermal energy by vapour compression cycle where it transports the heat from the ground source to the heat sink (e.g. district heating) or vice versa. In conventional geothermal systems, a circulation pump is required to circulate the fluid to transport the heat from the geothermal reservoir to the heat pump. The circulation pump cycle can be replaced with a heat pipe, which offers advantages such as high thermal conductivity and heat transfer over longer distance (in kilometres) with no need for any power.

In addition, heat pipes don’t require any maintenance and have a life span of up to 20 years, which leads to greater energy savings and more efficient systems. 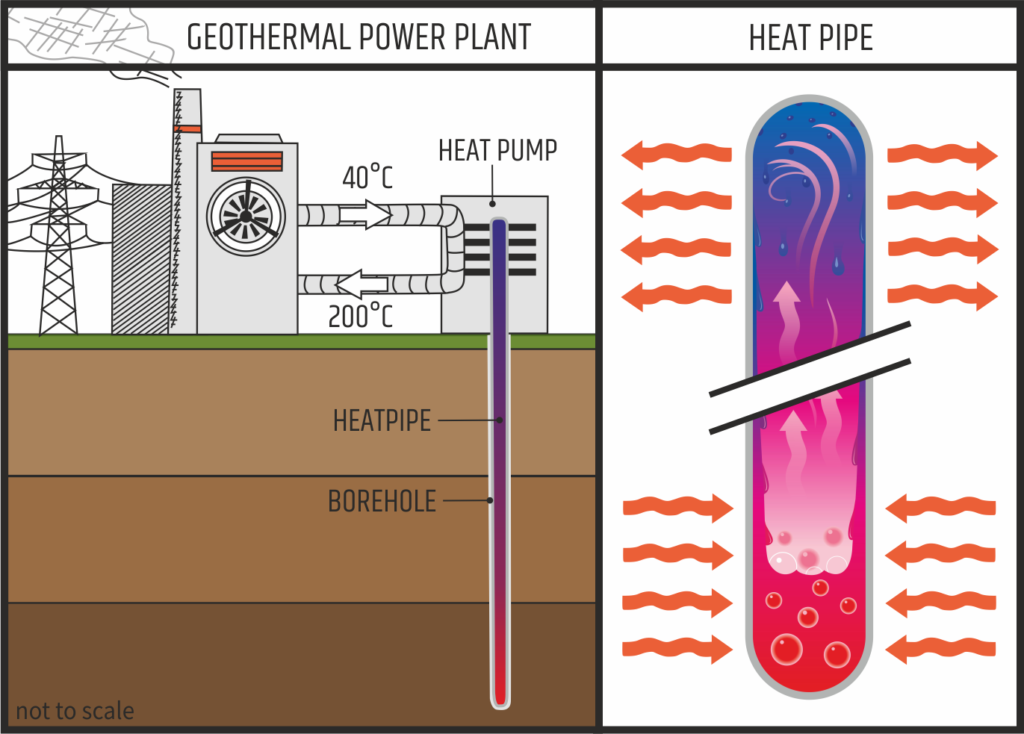 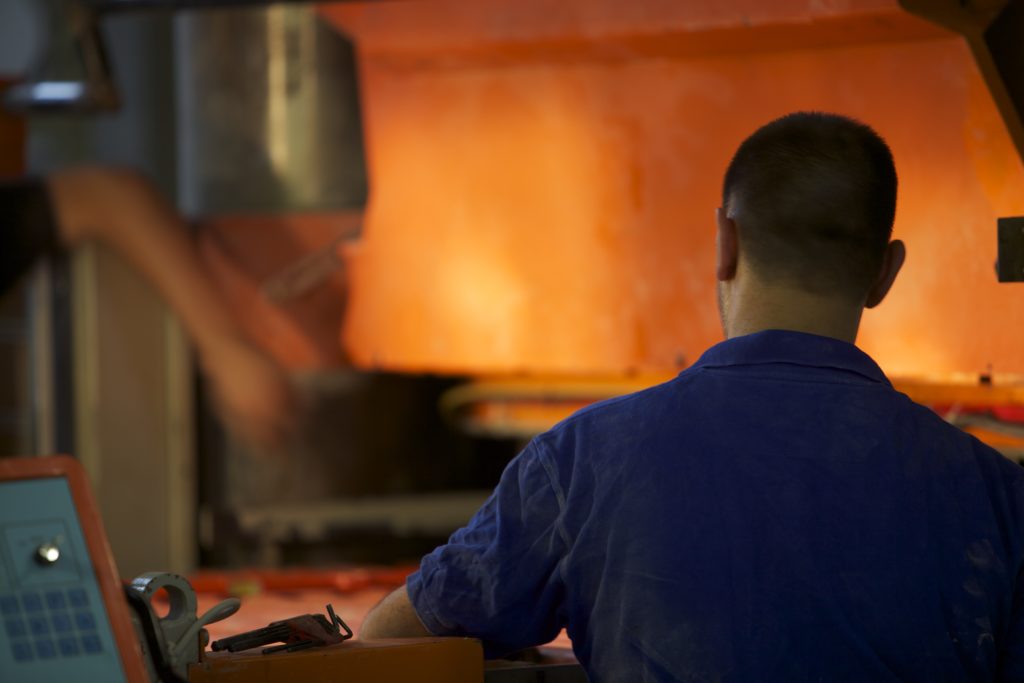 The ceramic industry is one of the examples for heat recovery in energy intensive industries. Producing a nice set of ceramic tiles for your bathroom requires blasting them at high temperatures for a long time. This consumes much energy but heat pipes can be used to recover and re-use waste heat. As heat accounts for a significant proportion of the production costs for ceramics, heat pipes save energy and costs for the producer. 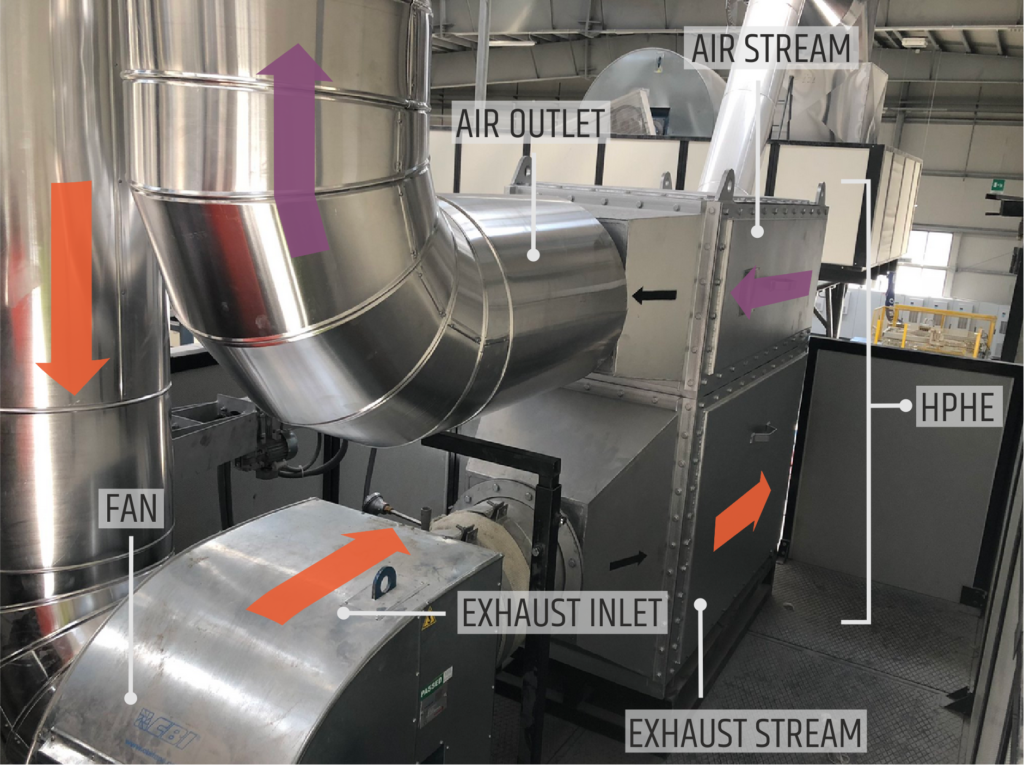 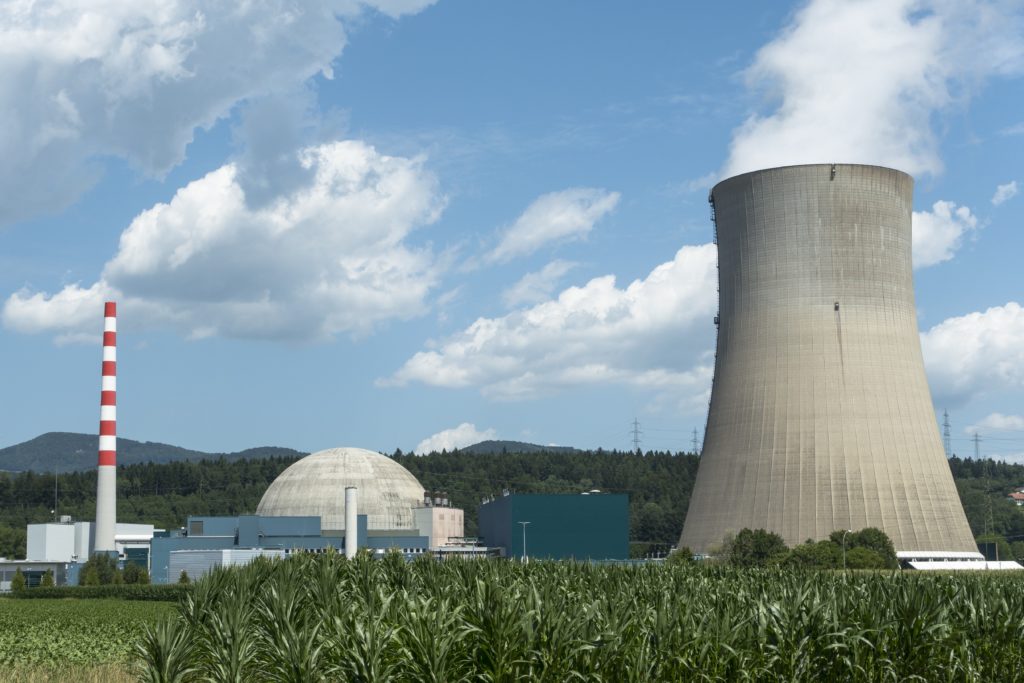 Convectional passive cooling mechanisms remove decay heat after the automatic shutdown of a nuclear system in the event of abnormalities. However, the limitations of these systems became apparent during the Fukushima disaster. Scientists are now developing a new, safer hybrid heat pipe, which can shut down the nuclear reactor and also be used to evacuate decay heat generated from the core following the shutdown. The hybrid heat pipe contains a neutron absorber and should operate at high temperature and pressure levels. 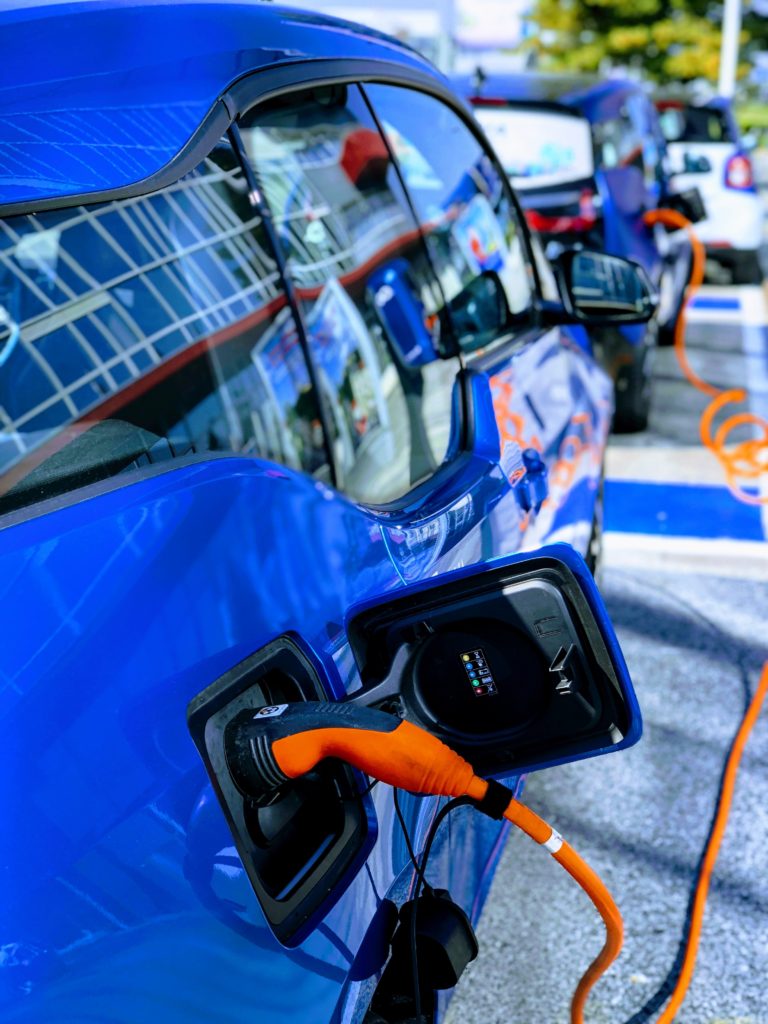 The technology for hybrid vehicles is relatively new, but it seems likely that heat pipes could be used as an energy-efficient way to cool their batteries. Car battery cells need to be kept within a specific temperature range; they should not be too hot or too cold as this will lower their performance. Heat pipes could have the potential to effectively regulate the temperature in hybrid or electric cars. 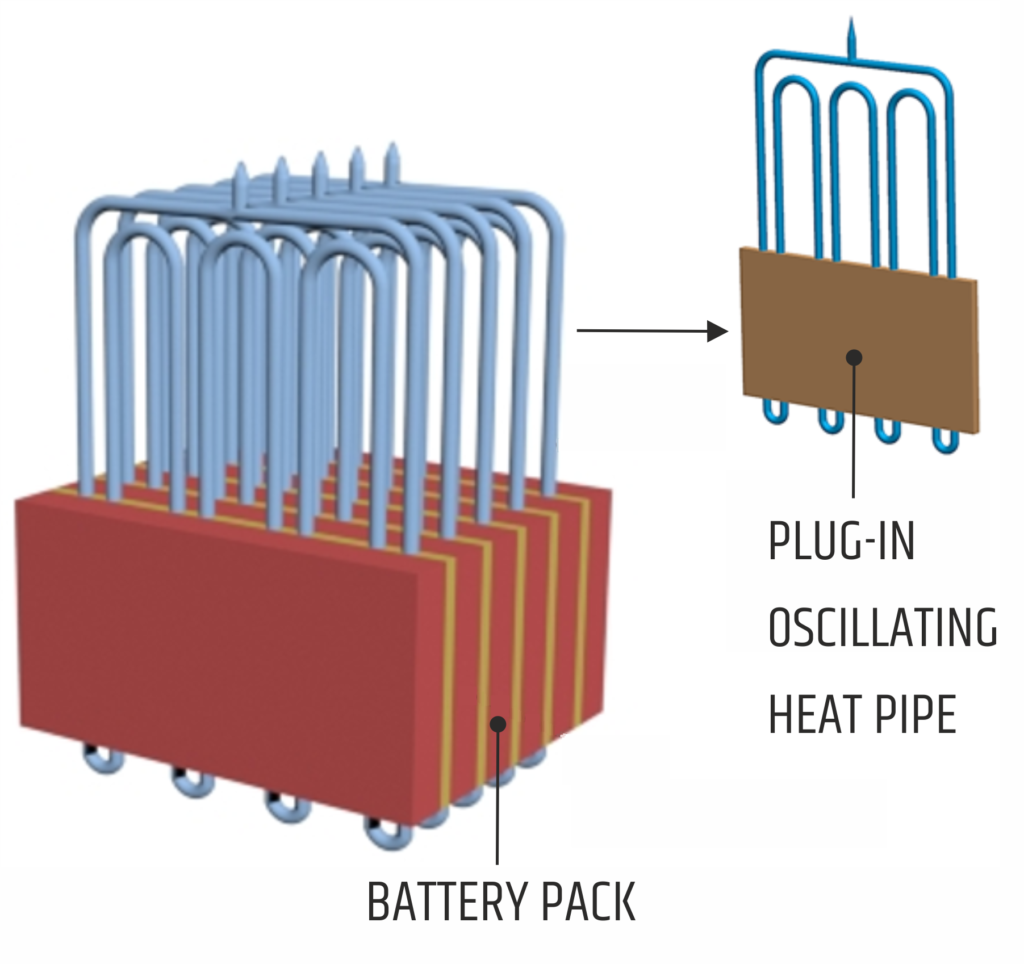 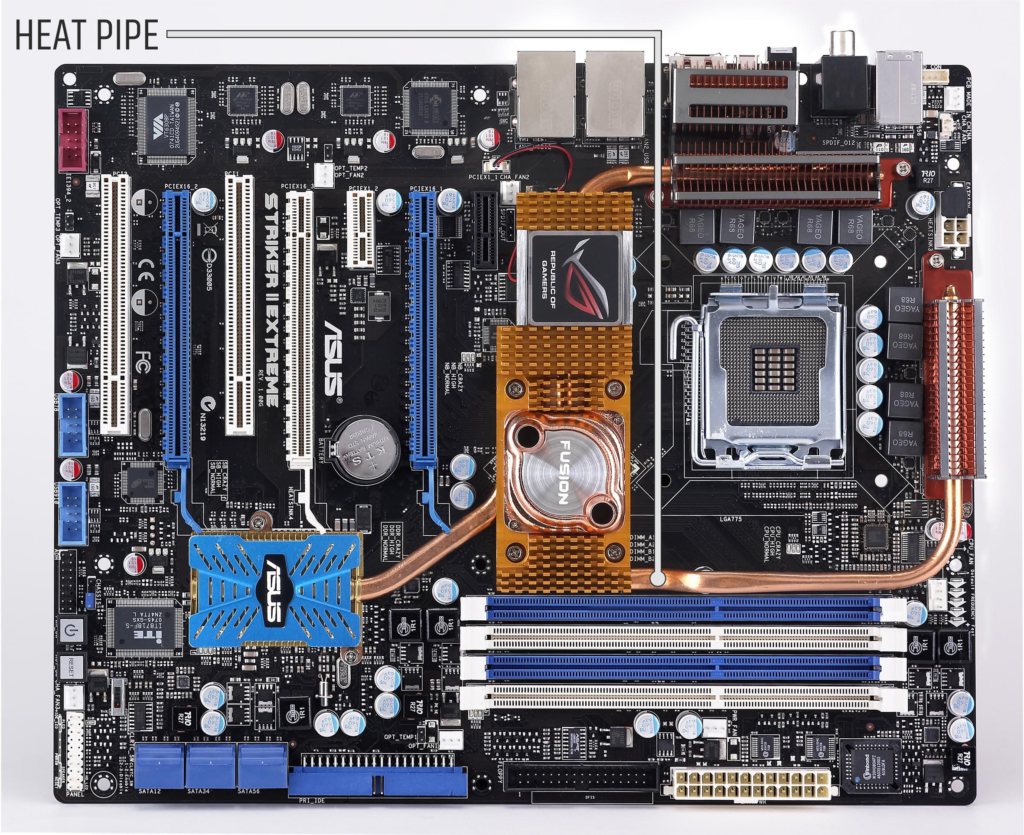 Heat pipes have been used for decades to ensure that certain parts of computers, like the central processing unit (CPU) don’t get overheated. The increased power requirements placed on today’s modern computers means that CPUs and GPUs (graphics processing units) generate more heat than ever before. Simple heat pipes have been used to effectively and efficiently move heat away from these parts of the computer to thermal heat sinks where it can be safely released into the environment.

On a larger scale, computers and electronics release heat into the room. In places like data centres where many computers and electronics operate, the room temperature can become too hot for them to work properly. Therefore, a cooling system is required to maintain the temperature within a suitable range. Heat pipes can remove the heat from the data centre to the outside without exchanging the air, which insulates the data centre from outside humidity and dust. 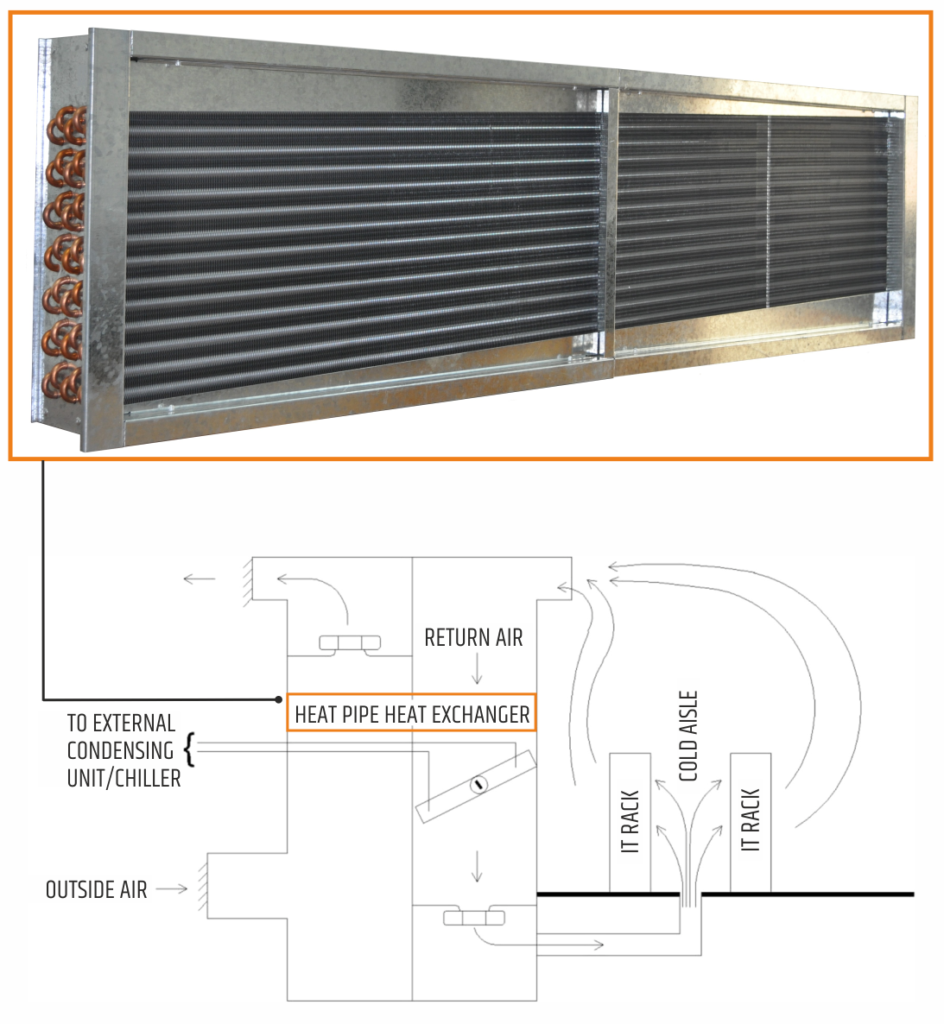